There have been many ways that photography helped, contributed, or influenced change in the world. This video will show you how it shaped our labor laws and supported the efforts to make for safer workplaces.

Lewis W. Hine, a sociologist and photographer, used his camera to uncover the dangerous, abusive, and unfair conditions that child laborers were forced to work in and the devastating impact that it had on childhood. Factories and farms were filled with children workers as young as 4 years old, while school classrooms were empty. Subsequently, his photographs were instrumental in bringing about the passage of the first child labor laws in the United States.

Take a look at how Lewis Hine’s photographs were instrumental in creating the laws that are still in place today.

We look forward to seeing you behind the camera. Join us!

All skill levels & all camera types are welcome 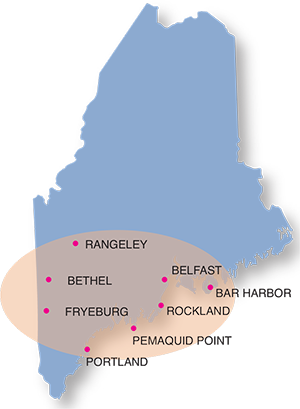 Dee was helpful and pleasant. It was  a fun day.

"I am excited about using some of the new tips Dee shared with us." (M.W.)

"The Photo Tours are a perfect balance of site seeing and learning, what a great way to see Maine."  (M.W.)

"Dee took her time explaining every answer to every question. I will be back for more once I've practiced what I've learned." (S.D.)

"I thought the price was very modest and that I got good value for my investment!" (S.D.)

"I finally got over being intimidated with the digital camera." ( N.G.)

"I can say unequivocally that my goals were met and surpassed!" (D.H.)

"Dee clearly is a talented “teacher” and realizes the value of hands on experience in the learning process." (D.H.)

"I highly recommend this tour to vacationers and locals, and all skill levels." (C.M.)

"Great for experienced photographers to hone their skills or spur their creativity." (C.M.)

"Dee has an amazing ability to zero in on the skill level of each person and the gift of knowing exactly how to convey information effectively." (D.H.)

"Dee is an experienced teacher and quickly understood what I needed to know about my camera and my own style of photography." (S.D.)

"Dee’s photography tours are appropriate to a wide range of skill levels: the experienced photog looking to be recharged to the newbie with digital camera and manual in hand. And then there’s the coast of Maine, her photographic stomping grounds.” (S.M.)

"The quality of Dee’s instruction, plus spending time enjoying a couple of gorgeous locations made for a spectacular experience." (C.M.)

“The highlight of my trip to Maine was the customized photo tour with Dee.” (D.H.)

“An awesome adventure in photography and seeing the beauty of Maine.” (S.L.)

“A must for tourist and locals alike, whether you are an automatic, point and click or seasoned photographer!” (FoodJourneys)

“Dee has a way of encouraging you to try to look beyond the obvious, maybe see things in different ways." (L.P.)

“Dee toured us around, pointing out key points of historical interest”. (FoodJourneys)

"The incidental learning that comes from watching a pro and interacting with other photographers is always beneficial." (Maggie)